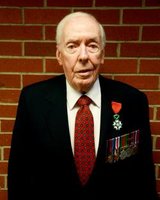 With heavy hearts and much gratitude for a life well lived, we announce the peaceful passing of Philip Nicholas MacGillivray, 94, surrounded by his loving family in the palliative care unit of the SJRH on Thursday, May 17, 2018. Born in Saint John, N.B. on October 31st, 1923, Phil was the son of James J. and Geraldine (Bowes) MacGillivray. Married for 66 years, he was the devoted husband of Inez (Coughlan) MacGillivray, who predeceased him in 2014. Phil was a loving father, grandfather, great grandfather. He is survived by his six children Mary Lou Brittain, Andrew (Bonnie Williams) MacGillivray, John (Carol) MacGillivray, Anne (Mark) O’Brien, Jim (Lori) MacGillivray, Larry (Jane) MacGillivray, eighteen grandchildren, five great grandchildren, and several nieces and nephews. In addition to his wife, Phil was predeceased by his son-in-law, Bob Brittain, his brothers James and Gerald, his sister Theresa, and an infant brother, John. Phil was a loyal friend and will be sadly missed by many, including his friend of 90 years, Don Richardson. Having served overseas in World War II, Phil was a proud veteran and a member of the Royal Canadian Legion and the Byng Boys Club. In 2014, Phil was honoured to receive the French National Order of the Legion of Honour for his role in the liberation of France. Phil enjoyed a rewarding career at Baxter Foods and General Dairies for over 40 years. He also believed in giving back to his community and was a member of many volunteer organizations over the years, including Rotary Club, Knights of Columbus, and the Saint John Executive Association. Following his retirement in 1987, Phil developed a passion for art which led him to become an accomplished artist, with works spanning 30 years. He was a mentor to many, encouraging others to develop interests and pursue passions. Phil was a lifelong learner and a believer in the power of positive thinking. Phil was a man of great faith, and served as a role model for his greatest love, his family. He has continued to inspire, impress and give back to his children to this day. His family was blessed with 48 beautiful years together at Phil and Inez’s summer home in Cambridge-Narrows. Phil and Inez enjoyed many years of travel, including many winters spent in Alva, Florida. Phil’s family would like to extend a heartfelt thank you to the many doctors, nurses and healthcare providers involved in Dad’s journey, especially those in the Palliative Care Unit at SJRH. Their kindness and care will never be forgotten. Resting at Brenan's Funeral Home, 111 Paradise Row, Saint John, with visiting on Monday, May 21, 2018 from 3:00 to 8:30 PM, a Mass of Christian Burial will be celebrated from Sts. Joachim and Ann Parish, 135 Simpson Drive, Saint John, N.B. on Tuesday, May 22, 2018 at 11:00 AM. Interment will take place in St. Joseph's Cemetery following the funeral. Donations can be made to the Canadian Cancer Society, Save Gagetown-Jemseg Ferry or the charity of the donor’s choice. Online condolences and remembrances can be made at www.brenansfh.com