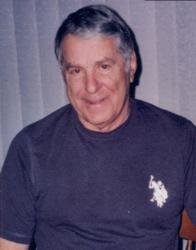 Paul David Campbell the husband of Maxine Joye (Craft) Campbell passed away on January 27, 2015 at Bobby’s Hospice. Born on December 10, 1932 he was a son of the late Cecile Clyde and Ethoria Jane (Lake) Campbell. Paul worked as an electrical foreman with Irving Pulp and Paper for many years. Besides his wife he is survived by his brother, Harry Campbell. Arrangements are under the care and direction of Brenan’s Bay View Funeral Home, 1461 Manawagonish Road, West Saint John (634-7425). The funeral service will be held from Brenan’s Bay View Chapel on Saturday, January 31, 2015, at 12:00 PM. Interment will take place at Cedar Hill Extension Cemetery at a later date. The family requests that donations be made in Paul’s memory to Bobby’s Hospice, the Heart and Stroke Foundation, Canadian Diabetes Association or an organization of the donor’s choice.