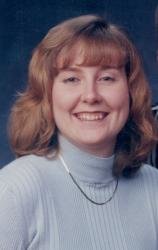 It is with great sadness that the family of Beth Clark announce her death which occurred on February 3, 2015 at the Saint John Regional Hospital. Born on October 23, 1974, she was the loving wife of William Clark and the daughter of William and Carol (Morrison) Ryan. Beth was an avid golfer, a former member of the Grand Bay-Westfield Golf Club, and the NB Amateur Women’s Golf Team, she also loved to play pool. She enjoyed traveling, especially to places with a warmer climate, whether it was Florida or on a cruise. Beth will be missed by her surviving family, her husband, William Clark, their children Ryan and Jamey, her parents William and Carol and her grandmother Anne Morrison. She was predeceased by her in-laws, William and Mary Clark, her grandfather’s James Morrison and Vernon Leo Ryan and grandmother Winifred Ryan. Arrangements are under the care of Brenan's Bay View Funeral Home, 1461 Manawagonish Road, Saint John, 634-7425. The graveside interment for Elizabeth "Beth" Clark will take place on Thursday, May 21, 2015 at 3:00 PM in Greenwood Cemetery.

Share Your Memory of
Elizabeth
Upload Your Memory View All Memories
Be the first to upload a memory!