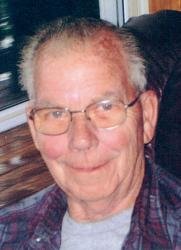 CALVIN, Ross E. – The unexpected death of Ross E. Calvin, husband of Leona (Holburn) Calvin of Wickham occurred at his residence on Sunday, March 8, 2015. Ross was born in Saint John, a son of the late Laurence and Jean (Raymond) Calvin. He retired from Irving Tissue after 42 years and was also employed with the Village of Westfield during this time. Ross was an active volunteer with the Westfield Ambulance. He was predeceased by his brother Laurence. Ross is survived by his wife, Leona, his son, Michael, his daughter Lee McLean (Stephen), two grandsons, Matthew and Michael, his sister, Sharon Hughes and several nieces and nephews. Resting at Brenan’s Bay View Funeral Home, 1461 Manawagonish Road (634-7425), Saint John, N.B. Visitation hours are Wednesday, March 11, 2015 from 2-4 and 7-9 pm. Funeral service will be held from Brenan’s Bay View Chapel on Thursday, March 12, 2015 at 12 Noon. Donatons to a charity of the donor’s choice would be appreciated by the family. www.BrenansFH.com

Share Your Memory of
Ross
Upload Your Memory View All Memories
Be the first to upload a memory!