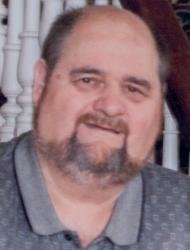 J. Brian Goudreau passed away on July 31, 2015 at the Saint John Regional Hospital. Born in Saint John on April 30, 1950 he was a son of the late Edward Goudreau and Agnes (Dubé) Goudreau. Surviving are his wife, Jane; son Joel (Alex), Goudreau, Public Landing; brothers, Wayne Goudreau, Redhead; Terry (Sandy) Goudreau, Quispamsis; Mark (Darlene) Goudreau Rothesay; sister Patricia (Ernie) Radcliffe, Rothesay. Besides his parents he was predeceased by his sister-in-law, Geraldine Goudreau. Resting at Brenan’s Bay View Funeral Home, 1461 Manawagonish Road, Saint John, (634-7425) with visitation on Monday, from 10 am until funeral time. A Funeral Liturgy will be held from Brenan’s Bay View Chapel on Monday, August 3 at 12:00 pm, with interment taking place at Erbs Cove Cemetery. For those who wish, remembrances may be made to the Canadian Cancer Society, or Heart and Stroke Foundation. Online condolences may be made at www.brenansfh.com.

Share Your Memory of
J.
Upload Your Memory View All Memories
Be the first to upload a memory!