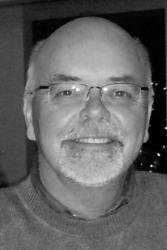 It is with heavy hearts that the family of Terry Culliton of Quispamsis, NB announce his death which occurred on Sunday, September 6, 2015 at the Saint John Regional Hospital. Born December 18, 1952 in Fredericton, NB, he was the son of the late Darrell and Helen (Stairs) Culliton. Terry spent 30 rewarding years as a Welding Engineering Technologist with the Irving Group of companies mainly with Saint John Shipbuilding and Irving Oil Limited. He will be remembered by many for his ability to listen and provide experience, guidance and mentoring to several young technology students throughout the years. Terry was immensely involved with various committees AWS, EPI, CSA, CWB, NBCC & PAC as well as Atlantic Director for the Non-Destructive Testing Management Association for several years. Terry was an avid golfer and was a member at the Hampton Golf and Country Club, he also enjoyed travelling, fly fishing and cruising on his motorcycles. Terry is survived by his wife Betty Ann (Michaud) his daughters Denise Culliton and Tracy Culliton both of Fredericton; grandchildren Madelaine, Tyler and Sophiya and several nieces and nephews. He was predeceased by his parents and siblings John, Brian and Caroline. The family would like to thank Dr. Sarah Caines, Dr. Anthony Reiman, KV Extramural and 3BN Palliative Care for the exceptional care and support. Following cremation there will visiting on Wednesday, September 9, 2015 from 7:00 to 9:00 PM. Funeral Service will be held on Thursday, September 10, 2015 at Kennebecasis Community Funeral Home Chapel at 3:00 PM, 152 Pettingill Road, Quispamsis, NB (849-2119), with reception to follow. Private family interment will take place at a later date. In lieu of flowers, remembrances may be made to the SJRH Palliative Care Unit or to the Canadian Cancer Society.

Share Your Memory of
Terrance
Upload Your Memory View All Memories
Be the first to upload a memory!