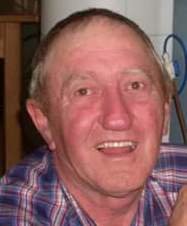 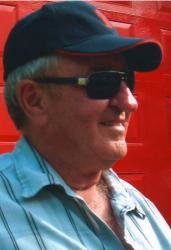 On September 12, 2015, David Alvin Nelson MacFarland was called home to be with the Lord after a tragic accident. David was born in Saint John, NB, on July 19, 1954, to the late David and Shirley (Currie) MacFarland. On July 29, 1978 David married the late Cynthia (Miller) MacFarland and began his family. Having three loving daughters, Monique Sewell (Kris) of Quispamsis, NB, Kim McNally (Arran) of Clifton Royal, and Stephanie March (Shannon) of CBS Newfoundland. David was a family man and will be missed dearly by his grandchildren, Noah, Nathan, Nevin, and Nina McNally, Mikala and Emma Sewell, and his great grandson Simon Arsenault. He is also survived by his sisters Elaine Fleming (Bud), Jackie Todd (Mark) , and Patsy Sparks (Gary) all of Clifton Royal. Devoted friend Eva Wallace of NS, and in-laws, Albert Miller and Sharon Miller, and Peter Douthwright, as well as several nieces and nephews.David was predeceased by his sister Margaret Douthwright. David had many passions in his life. He was an avid dart player and enjoyed NASCAR and local racing. His greatest passion was operating machinery. David worked for many companies over the years and made many friends. The city of Saint John, MacFarland Trucking, Peter Donovan Inc., Kelwit Construction and most recent A&E McKay Ltd. He enjoyed social gatherings and will be missed dearly by all who enjoyed his company, especially his pallbearers; Eric Baxter, Leslie MacFarland, Randy Chetley, and Paul MacFarland and Honorary pallbearers; Stephen Fleming, and Stephen Sparks. At the family's request there will be a celebration of life at the Royal Canadian Legion Branch #62, Clifton Royal on Wednesday from 4 - 8 PM. Interment will be held at All Saint Anglican Cemetery, Clifton Royal on Thursday, September 17, 2015 at 10:30 AM. In lieu of flowers, donations may be made to the Peninsula Fire Department, RCL Branch #62, Zachary White Foundation or to the Canadian Cancer Society. Arrangements are under the care and direction of Kennebecasis Community Funeral Home, 152 Pettingill Road, Quispamsis (849-2119).