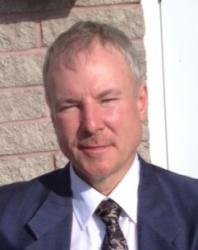 Surrounded by his loving family, the death of Richard Stephen Kirk of Quispamsis, husband of Diane (Schermer) Kirk, occurred unexpectedly on Tuesday, September 15, 2015 at the Saint John Regional Hospital. Born on March 12, 1958, in Toronto, ON, he was a son of the late Forrest and Janet (Orviss) Kirk. Richard was employed for several years with Nortel and then with Kent. He spent many years volunteering and coaching gymnastics. Richard was a simple story telling type of guy. Besides his loving wife of 33 years, Richard is survived by his children Brandon Kirk and Katelyn Kirk, sisters; Elizabeth Megale of BC, and Gwendolyn Kirk of QC, Frederick Kirk of ON, sister-in-law Nancy Kirk, nephew Jack Cook, one special granddaughter Jade, mother-in-law Ruth Boucher, several nieces and nephews, lifelong friend Allan Jones and his family, and his dogs, Tamika and Mischea. He was predeceased by his brother Alexander Kirk and sister, Mary Louise Cook. As per Richard's request, there will be no formal funeral service. A celebration of his life will be held on Friday, September 18, 2015 at Kennebecasis Community Funeral Home, 152 Pettingill Road, Quispamsis (849-2119) from 4:00 - 8:00 PM. In lieu of flowers, remembrances may be made to the Saint John SPCA, Maritime Greyhound Adoption Program, or to a charity of the donor's choice.