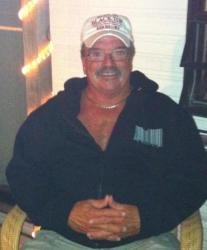 It is with great sadness that the family of Richard (Ric) Stewart announce his passing on October 8, 2015. He was born February 25, 1948, in Saint John, NB. Ric was the husband of Debi (Stimson) Stewart and a son of the late Arthur and Muriel (Maltby) Stewart. Ric is survived and sadly missed by his wife of 35 years, Debi, son; Aaron ; brother in law, Dale & Gail Stimson; Father in law; Reginald Stimson, nephew; Matthew Stimson; niece; Kerri-Lynn Petley (John); great niece and nephew; Madison and Jack. Ric was predeceased by his parents and his mother in law; Marion (Astle) Stimson. Ric was a proud member of I.B.E.W. 502 for over 40 years, following in his father's footsteps. He worked several jobs, including the initial construction of Point Lepreau, and the construction of the Confederation Bridge. He also worked at Syncrude, Suncor, and most recently at the Irving Oil Refinery. Ric always managed to take the summers off to relax in Shediac at the trailer with his family and extended family; Linda, Ron, Sarah and Ronnie Sabine and was known there for the last 30 years as "Mayor of the Ocean Surf". Ric was so proud of his son and the man he became, and loved his wife to the fullest. Resting at Kennebecasis Community Funeral Home, 152 Pettingill Road, Quispamsis, NB (849-2119) with visiting on Tuesday, October 13 from 2:00 to 4:00 & 7:00 to 9:00 PM. A funeral service will be held on Wednesday, October 14, 2015 at 11:00 AM at the Funeral Home Chapel. Interment to take place at the Fair Haven Cemetery, Moncton, NB. For those who wish, memorials may be made to the SPCA or to the Kennebecasis Valley Food Basket.