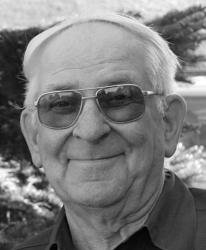 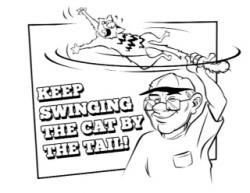 With sadness, the family announces the passing of Harvey Walter Fleet of Quispamsis, NB on November 18, 2015. Harvey passed quietly at the Saint John Regional Hospital following an extended illness. Harvey was born, November 30, 1934 in Louisburg, Cape Breton and grew up in Trenton, NS before moving to Saint John in 1959. Harvey worked for many years at Ocean Steel/Strescon before starting his own construction business. He was highly regarded as a concrete foundation contractor in the KV area, until his retirement in 1992. Harvey had many interests over his long life, including vegetable and flower gardening, cedar-strip boat building, woodworking, and photography. He was known for his sense of humour and a keen memory for people, details, and places. Harvey is survived by his wife Betty (Peacock) of Quispamsis, his children Dan (Yvonne Anisimowicz) of Fredericton, Allison (Chris Beales) of Cairo, Egypt, daughter-in-law Patricia Fleet of Quispamsis, and daughter Beth Sirois (Jean Louis) of Dieppe, brother Irvine Fleet (Jean), and sisters Muriel Fleet-Hetu (Roger), Barbara Balmanoukian (Avedis), he is also survived by five grandchildren, as well as many nieces and nephews. He was predeceased by his parents Ivan and Jenny Fleet, his sister Helen Fleet, and his son Stephen Fleet. The family wishes to extend special thanks to the staff of 5A South for their kind and compassionate care over the past few days. Resting at Kennebecasis Community Funeral Home, 152 Pettingill Road, Quispasmis (849-2119) with visiting on Friday from 7-9 PM and Saturday from 1-2 PM followed by a Memorial Celebration of Harvey's life at 2:00 PM. For those who wish, remembrances may be made to the Canadian Blood Services or to a charity of the donor's choice.

Share Your Memory of
Harvey
Upload Your Memory View All Memories
Be the first to upload a memory!