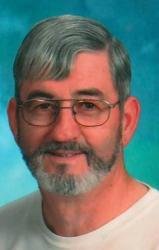 With sadness, the family announces the passing of Walter McLean of Quispamsis, NB on November 23, 2015 at home surrounded by the love of his family at the age of 77. Walter is survived by his wife of 55 years, Jeanine (Savoie), daughter; Theresa (Collin) McLean-Hunt of Quispamsis; his sons Arthur (Peggy) McLean of Miramichi and Stephen (Leah) McLean of Rothesay. Grandchildren; Danielle & Denise, Allison (Nick) Mazzorato, Aaron, Arika, Matthew, Grace and Samuel; brothers Douglas (Dianne), John (Almedia) and Talmage (Elva); sisters Janet (George) Habib, Anna (Norman) Cunningham, Flora Murphy, Eleanor Kierstead , Shirley Lavoie, uncle Doug (Helen) Kierstead, he will be greatly missed by his nieces and nephews. He was predeceased by his parents Arthur and Eretta (Kierstead) of Long Creek, and his brothers, Ronald and William "Bill". Resting at Kennebecasis Community Funeral Home, 152 Pettingill Road, Quispamsis (849-2119) with visiting on Wednesday from 7 to 9 PM and Thursday from 2 to 4 and 7 to 9 PM. A Mass of Christian Burial will be held at St. Mark's Catholic Church on Friday, November 27, 2015 at 2:00 PM. In Lieu of flowers, donations may be made to the KV Extra Mural Program, or a random act of kindness can be given in Walter's memory.

Share Your Memory of
Walter
Upload Your Memory View All Memories
Be the first to upload a memory!