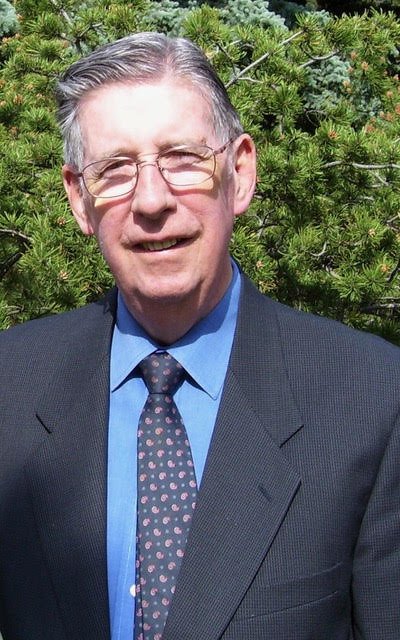 Died peacefully at home, at the time of his choice, as a result of pulmonary fibrosis at age 88.  Dave is survived by his loving wife Carol (nee Lawlor) and daughters Ann Sprague (Tom Boudreau) of Ottawa, Cathy Sprague (Gavin Fick) of Southampton, ON, and Barb Sprague of Toronto. He was the eldest son of the late Stirling Gilbert Sprague and Hazel Maxwell and was predeceased by his younger brother Ron of Winnipeg.

Dave worked for many years in the automotive parts business and managed APM Ltd. stores in the Maritimes.  His true gift was as a Mr. Fix-it.  He could repair or build anything and spent many years designing, building and maintaining his beloved cottage on Belleisle Bay.  He so appreciated the people he spent time with after retiring including the folks in the Probus club, bowling group, movie group, coffee group, and Friday night gathering at The Meadows.

He and Carol would like to thank their many friends who have provided support to them over the last few years when David hasn’t been well.  Never one to complain, he was positive to the end despite significant health challenges. Special thanks to Dr. Oriano Andreani, Dr. Jim Collings, Dr. Julia Wildish and Mr. Bill Koval from Extramural.

In lieu of flowers, Dave and family would appreciate donations to the charity of the donor's choice, Canadian Pulmonary Fibrosis Foundation, or to the Stephen R. Smith Memorial Trust, to honour Dave’s belief in living according to the Golden Rule – always treat others as you would wish to be treated.

A private interment will be held followed by a Celebration of Life at the Shadow Lawn Inn in Rothesay on Tuesday June 25th from 1–3 pm. A few words celebrating Dave’s life will take place at 1:45.  Arrangements are under the care and direction of Kennebecasis Community Funeral Home, 152 Pettingill Road, Quispamsis, (849-2119).