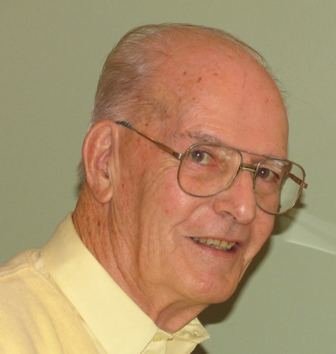 After a period of failing health, the peaceful passing of Don, husband of Winnifred (Thompson) Cooper, occurred on June 30, 2019 at the Saint John Regional Hospital. He was born on March 13, 1928, the son of the late Gordon and Ruby (Evans) Cooper.

Don is survived by Winnie, his wife of 70 years, and by his son Peter Cooper (Liz) of Quispamsis, and his daughters, Jane (Glen) Schimpf of Quispamsis and Susan (Art) Long of Sussex. He will be missed as well by his grandchildren, David, Heather (Colin) and Sarah Cooper, Tracy Long (Kris) and Katherine (Adam) Engelsman, 3 great-grandchildren and several nieces and nephews.

He was predeceased by his sister Barbara McCready and grandson Michael Schimpf.

Don was born and raised in Saint John, and after graduation, began his career in sales at Lawson Motors, where he achieved his master's designation from General Motors. Following this he was the manager of Tri Province Leasing. Prior to retirement, he was the assistant to Finance Minister John Baxter and later was an amusement tax inspector for the province of NB. He was active in civic and provincial politics and a former village councillor for Gondola Point. Don was never happier than when talking about politics or cars. Don was a charter member of the Saint John Lions Club and active in many Lion's activities. He and Winnie enjoyed boating and snowmobiling for many years.