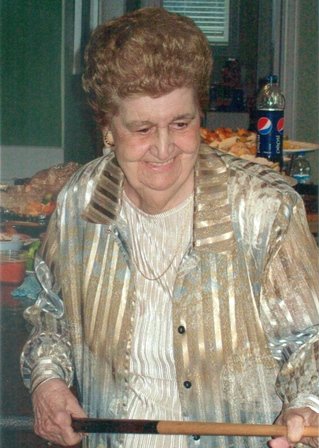 It is with great sadness that the family of Margaret Staples Johnson announce her passing which occurred on June 30, 2019 at Carleton Kirk Lodge Nursing Home.  Born on August 5, 1919, she was the daughter of the late Albert F. and Ruby R. (Smith) Osborne.

Margaret was passionate about singing and sang in the Trinity Church Choir, Church of the Good Shepherd Choir, Sea Belles and the Saint John Chorale. Margaret’s faith was very important to her.  This led to her volunteering with the DVA and Ridgewood Veterans Wing, where she would read lessons, sing and assist with services.  Margaret really enjoyed her hobbies which included sports, badminton, bowling, shooting pool and square dancing. Family was also an important part of her life.  She loved her children, grandchildren and great- grandchildren.  Margaret had lots of love to share and gave of herself in caring for many infants from Children’s Aid over the years.  Margaret had tried many things in her long life, but to top it all off, on her 85th birthday, she took a ride on her grandson’s Harley Davidson.

Besides her parents, Margaret was predeceased by her three brothers, Jack, Ralph and Kenneth and one sister, Stella “Teddy”.

Margaret’s family would like to express their sincere thanks and appreciation to the staff of Carleton Kirk Lodge.  The exceptional care and support shown towards Margaret and her family will never be forgotten.

For those who wish, remembrances may be made to Carleton Kirk Lodge or to a charity of the donor’s choice.

Share Your Memory of
Margaret
Upload Your Memory View All Memories
Be the first to upload a memory!