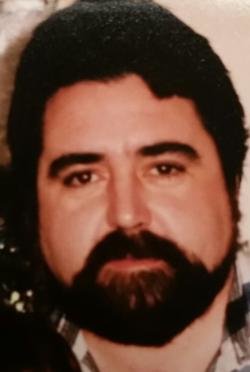 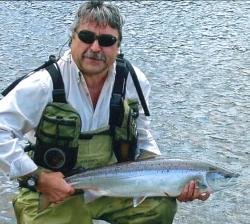 It is with great sadness that the family of Thomas George Benjamin announces his passing. A resident of Hammond River New Brunswick, Tom passed away on April 13th, 2016 at the age of 62. Tom was born January 3rd, 1954 in Manchester, New Hampshire to Aubrey and Ruth Benjamin. He attended the University of New Brunswick in Fredericton from 1972 to 1976. Tom worked as a successful salesman and manager for many years. He was an avid outdoorsman, with a great passion for fly fishing. He supported many conservation organizations in a variety of roles including the Atlantic Salmon Federation, and the NB Salmon Council. Tom was eager to share his skills on the water and taught a great number of people how to cast their first line. He was also highly involved with the local soccer associations for many years while his children all grew up playing the sport. Tom is survived by his mother Ruth Benjamin, his two sons, Andrew (Nikki) and Jeff Benjamin (Sara), his daughter Emily Tompkins (Josh), their mother Christine Benjamin, his brothers Larry, Mark, Mike, and Bob Benjamin, his sisters Linda Stoyek and Andrea MacMillan, seven grandchildren (Jaden, Ella, Sophie, Tori, Ewan, Jude and Dylan) and many nieces and nephews. He was predeceased by his father Aubrey, and son Jeremy. Friends and family are welcome to join in a time of remembrance and celebration of Tom's life at Kennebecasis Community Funeral Home at 152 Pettingill Road in Quispamsis at 1:30pm, Monday April 18th. Doors will be open at 1:00pm prior to the remembrance. Memorials may be made to the Atlantic Salmon Federation.

Share Your Memory of
Thomas
Upload Your Memory View All Memories
Be the first to upload a memory!