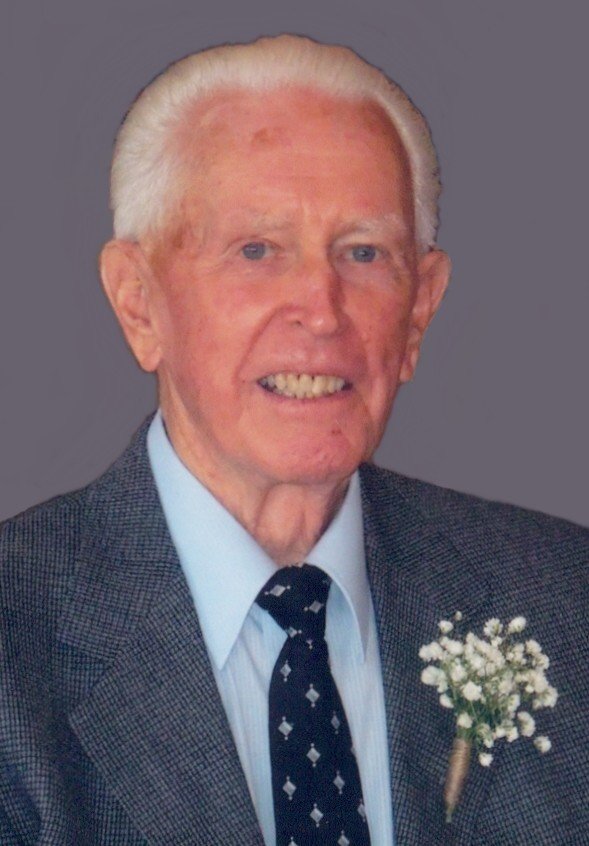 It is with heavy hearts, but appreciation for a life well-lived that the family of Edmund Brittain Wilson announces that he went home to be with the Lord his saviour. He passed from this life at Bobby’s Hospice on Saturday, July 27, 2019 surrounded by the love of his family. Born in Saint John on October 22, 1930, he was a son of the late Raymond and Margaret (Brittain) Wilson.

Family always came first for Edmund, and he cherished the time spent with Christine and their children, grandchildren and great-grandchildren. He was a great role-model to them, and made sure they knew how loved they were. He was employed for 38 years with CP Rail as a sales representative, where he made a lasting impression on many people. He had a great sense of humour and a smile that could light up a room. Edmund enjoyed going for long walks, cheering for the Cincinnati Reds, and attending musical jamborees with Christine in Lorneville and Sussex. He will be missed by everyone who knew him.

Edmund’s family wishes to extend their heartfelt appreciation to the staff and volunteers of Bobby’s Hospice for their care during his final days. The love and compassion of these Earth Angels is priceless, and will always be remembered.

Resting at Brenan’s Bay View Funeral Home, 1461 Manawagonish Rd., Saint John, NB (634-7425) with visitation on Thursday, August 1, 2019 from 2-4 and 6-8 pm. A funeral service will be held on Friday, August 2, 2019 at 11:00 am from Brenan’s Bay View Chapel. Interment will take place at Lorneville Cemetery. In lieu of flowers, remembrances may be made to Bobby’s Hospice or a charity of the donor’s choice. Online condolences may be placed at www.BrenansFH.com

Share Your Memory of
Edmund Brittain
Upload Your Memory View All Memories
Be the first to upload a memory!