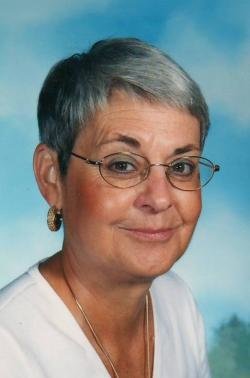 Obituary of Sue A. Morin

Susan Anne Morin passed away on Sunday, June 11, 2017, surrounded by her family at her home in Quispamsis. She was born on September 17, 1947 in Campbellton, NB. Sue was predeceased by her father and mother (William and Jean of Campbellton) as well as her sister Joan of Mississauga, ON. Sue was a teacher and began her career in St. George (Eastern Charlotte Regional). She then progressed to Moncton where she taught at Bessborough School for a number of years. Her family life brought her to Quispamsis where she taught both at Quispamsis Elementary and Kennebecasis Valley High School for many years. Sue is survived by her husband Victor and her two children: son Stefan of Moncton, his wife Sarah Anderson, and their daughter Josephine as well as Sue's daughter Sarah (Stéphan Brousseau) of Rothesay. She is also survived by three brothers Paul of Pinewa, MB, Dennis of Boswell, ON and Scott of Dartmouth, NS, as well as her sister Mary Polegi of Jedburgh, SK. Sue became very close to members of Victor's family, in particular Victor's younger sister Josee Donohoe of Halifax. Pierre Morin (Montreal) was also particularly close to Sue. She considered them both members of her family. There shall be no visitation. Funeral service will be held at Quispamsis United Church on Thursday, June 15, 2017 at 11:00 AM. Arrangements are under the care and direction of Kennebecasis Community Funeral Home, 152 Pettingill Road, Quispamsis (849-2119). For those who wish, remembrances may be made to Quispamsis United Church or to the KV Food Basket.

Share Your Memory of
Sue
Upload Your Memory View All Memories
Be the first to upload a memory!