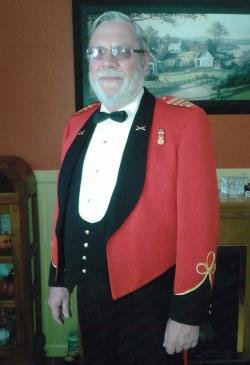 Visitation: None by David's Request

The death of Col. David Stewart Fisher Edmonds, Retd., husband of the late Karen Ann Edmonds nee Campbell, occurred on Tuesday, April 24, 2018 at his residence. Born on May 11, 1947 he was the son of Edwin Edmonds and the late Retta Edmonds nee Leard. David served in the Canadian Armed Forces, Signals Reserves from October 1972 until January 2002, when he retired as Colonel. He joined the Federal Government, Transport Canada in 1969, and retired as a supervisor of technical maintenance for the Saint John district in September 2004. He was also a timer for amateur football, president of the 50+ Friendship Games and the collections manager for the John Fisher Memorial Museum. David is survived by his son, Mark of Bowen Is., BC; father, Edwin Edmonds of Moncton; partner Nancy Erb of Kingston; brother and sister-in-law, Cyril and Pat (nee MacDonald) Edmonds of Moncton; and several nieces, grand nieces and grand nephews. He was predeceased by his wife Karen and mother Retta. Arrangements are under the care and direction of Kennebecasis Community Funeral Home, 152 Pettingill Rd., Quispamsis, NB (849-2119). In keeping with David's wishes, there will be no visitation or funeral service. For those who wish, remembrances in David's memory may be made to the KV Extra Mural Program.

Share Your Memory of
Col.
Upload Your Memory View All Memories
Be the first to upload a memory!