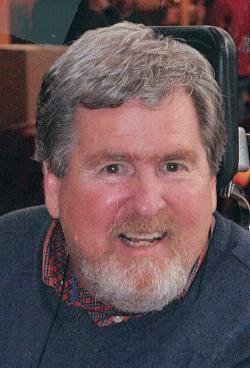 Get Directions
Thursday
31
May

It is with heavy hearts the family of Duane Miller Lister, cherished husband of Karen (Thorburn) Lister, announce his passing which occurred on Saturday, May 26, 2018 at the Saint John Regional Hospital. Besides his wife, Duane is survived by his son Todd Lister (Martha) of Saint John, NB and daughter Tanya Seely (Eric) of Riverview, NB, grandchildren: Ryan, Hilary, Stephanie, and Peter Lister and Will and Jack Seely, sisters in law; Kaye Lister and Joan Dixon, brothers in law; Bev Thorburn (Judy), and Jim Thorburn (Heather) Duane was predeceased by his brother Paul and his brother in law Curtis Dixon. Born on November 20, 1940 in St. Stephen, NB, he was a son of the late Roy and Edith (Miller) Lister. Raised in McAdam, Duane began his lifelong career with the Bank of Nova Scotia in 1958. His work took him several places throughout the Maritimes and Ontario before returning to settle in Rothesay with his young family in 1979. In his early days, Duane was a member of the Lion’s Club and United Church while in his later years he was a charter member of the Probus Club of Saint John and a member of St. David’s United Church. Duane cultivated many friendships through active pursuits such as playing musical instruments, curling, camping and card playing. Later he turned to quieter pursuits to maintain his social connections such as writing editorials and poetry and communicating with his many friends and family via the computer. His keen sense of humor and sharp wit will be missed by all who knew him. The family would like to express sincere thanks to his family of caregivers throughout the years; John Cyr, Lynn Alward, Tabitha Maidment, Sue Watson, Joe Lewis and Tanya Coles as well as his "girls" from Harvey Outreach, who made his summers at Magaguadavic Lake a positive experience. All of you hold a special place in our hearts. More recently we would like to thank the staff at the Saint John Regional Hospital, 4CNorth, for your care and compassion. Resting at Kennebecasis Community Funeral Home, 152 Pettingill Rd., Quispamsis, NB (849-2119) with visiting on Thursday from 6-8 PM. A Celebration of Duane's Life for close friends and family will take place at Kennebecasis Community Funeral Home on Friday, June 1 from 2-4 PM. For those who wish, remembrances may be made to the MS Society of Canada or to a charity of the donor's choice.

Share Your Memory of
Duane
Upload Your Memory View All Memories
Be the first to upload a memory!