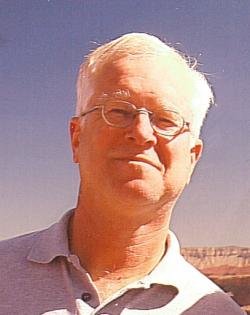 It is with heavy hearts we announce the passing of Gary Melvin Hovey, of Kingston, NB, husband of Adeline (Hachey) Hovey, which occurred on Tuesday, May 29, 2018 at St. Joseph's Hospital. Born in Saint John on December 20, 1954, he was a son of Joan Hall Hovey and the late Melvin Hovey. Gary was self employed as an electrician for several years before working at the Dry Dock in Saint John, then he became a member of the IBEW #502. Gary enjoyed reading, he was an avid sailor, sailing to Bermuda, Bahamas, and recently Cuba. Besides his loving wife, Gary is survived by his daughters; Katrina Hovey (Andrew Whitaker) of Saint John, and Sabrina Nickerson (James) of Kingston, NB, brothers; Daryl (Lynne) of Lowbanks, ON, and Bill (Jennifer) of Quispamsis, sister Brenda Saab (Brian Swan) of Quispamsis, grandchildren; Quinton and Eris Whitaker, Shawn and Dylan Nickerson, as well as several nieces and nephews. Resting at Kennebecasis Community Funeral Home, 152 Pettingill Road, Quispamsis, NB (849-2119), with visiting on Friday from 5-9 PM. Mass of Christian Burial will take place at St. Mark's Catholic Church on Saturday, June 2, 2018 at 10:00 AM. Interment to take place at St. Joseph's Cemetery. For those who wish remembrances may be made to a charity of the donor's choice.

Share Your Memory of
Gary
Upload Your Memory View All Memories
Be the first to upload a memory!