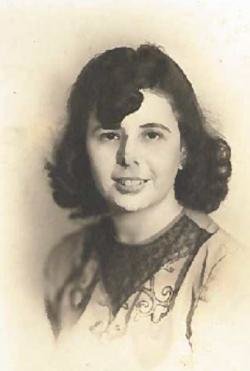 It is with heavy hearts the family of Phoebe Ruth Craik, announce her passing on Thursday May31, 2018 at Kings Way Care Centre, with her daughter and son-in-law by her side. Born in Leeds, England on December 6, 1921, she was a daughter of the late Samuel and Rose (Solomon) Iken. Phoebe came to Canada in 1945 as a widowed war bride and made her home in Miramichi. She and her second husband owned and operated Underhill’s Grocery for several years. She was later employed at CFB Chatham for 29 years as a clerk stenographer. Phoebe was active in her community and enjoyed volunteering at the hospital after her retirement. She was a longstanding member of the Ladies Auxiliary of the Royal Canadian Legion Branch 10 and served as treasurer for over 20 years until the age of 90. She participated in countless Remembrance Day services where she often would lay a wreath. Phoebe will be fondly remembered by her friends for her kindness and welcoming ways. Her door was always open, and the teapot was always on the stove ready to serve all who dropped in for a visit, a chat, or a game of cards. Phoebe was very musical – she played piano, sang, and loved to dance. Given her British roots, she was a devoted follower of the Royal family. One of Phoebe’s greatest joys was watching her grandchildren grow into young adults and being an integral part of their lives. Phoebe will be lovingly remembered by her daughter Rosalie Love (Gary) of Quispamsis, grandchildren Robert Love (Rae) of Calgary, and Emily Love of Calgary, as well as several nieces and nephews. In addition to her parents, Phoebe was predeceased by her husbands Perley White, Howard Underhill and William Craik, and special friend Edward Driscoll, brother Bernard Iken, and sister Jessie Aiken. Phoebe’s family would like to thank the staff at Kings Way Care Centre for the exceptional care provided while she was there. They became a second "family" to her. Arrangements are under the care and direction of Kennebecasis Community Funeral Home, 152 Pettingill Road, Quispamsis (849-2119). Visitation will be held at Bell's Funeral Home, 651 King George Hwy, Miramichi, NB on Thursday, June 7, 2018 from 10:15 to 11:45 AM with a funeral service immediately following at 12:00 PM in Bell's Funeral Home Chapel. Interment to take place at Miramichi Cemetery. For those who wish remembrances may be made to St. Mary’s Catholic Church (Miramichi), Kings Way Care Centre (Quispamsis), or the charity of one’s choice.

Share Your Memory of
Phoebe
Upload Your Memory View All Memories
Be the first to upload a memory!