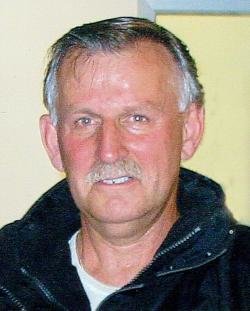 It is with profound sadness that the family of David John Gould, announce his passing at the Saint John Regional Hospital, Palliative Care Unit on Thursday, December 6, 2018, with his family by his side. Born on May 30, 1948, in Saint John, he was a son of the late Raymond and Bessie (Hoffman) Gould. David was driven by his strong desire to help people. This was evident during years of employment with the City of Saint John, retiring after 37 years. He was a proud union member and longest serving President to date of the CUPE Local 18. David was also a member of Good Life Gym in Quispamsis. His biggest joy in life was spending time with family during the holidays and the cottage at McDonald's Point, especially the annual Corn Boils. Besides his wife of 47 years, Linda (Blanchard) Gould, David is survived by his sons; Kevin (Marci), Neil (Lindsay), and Steven (Stephanie), six granddaughters, who were the light of his life, Emma, Sarah, Bella, Hannah, Maggie, and Meredith, brothers; Bill (Linda), and Peter, sister Catherine Brown (Fred), father-in-law and best friend Ernest Blanchard (June), sister-in-law Marilyn Gallant, brother-in-law Terry Blanchard (Denise Roy), several nieces and nephews, and special friends Joan and Reed MacDonald. David was predeceased by his mother in law Theresa Blanchard and sister-in-law Peggy Gould. Resting at Kennebecasis Community Funeral Home, 152 Pettingill Road, Quispamsis (849-2119) with visiting on Saturday from 6-8 PM, and Sunday from 2-4 & 6-8 PM. Mass of Christian Burial will take place at St. Mark's Catholic Church on Monday, December 10, 2018, at 10AM. Interment to take place at St. Joseph's Cemetery. For those who wish, remembrances may be made to Romero House or to the IWK.