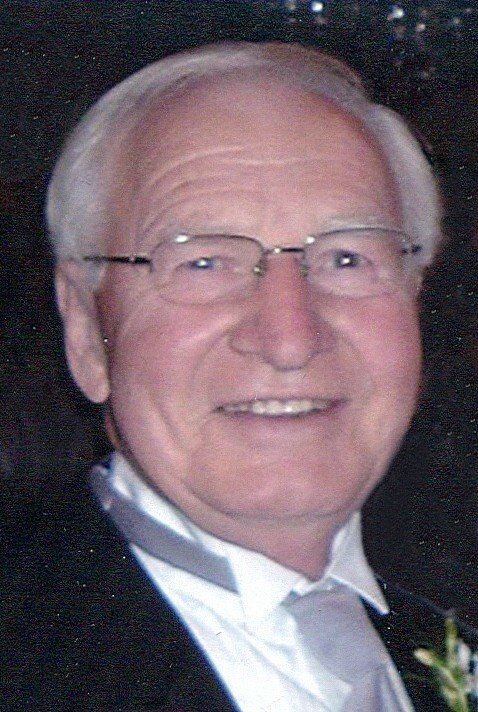 The death of Thomas William Roberts occurred on Friday morning February 22, 2019 at Saint John Regional Hospital. He was the son of Thomas Walter (Ned) Roberts and Edna (McCormick) Cormier and stepson of Norma Roberts. Husband to Barbara A (Leger) Roberts. Born in Timmins, Ont., Tom was educated in Fort William (Thunder Bay). Tom served in the Canadian Armed Forces. He served under NATO in Germany for 5 years with the Queen’s Own Rifles of Canada. He also served with the Reserves for 7 years with the Lake Superior Regiment. He retired after working for 56 years in the daily newspaper industry beginning with the Winnipeg Free Press and subsequently with newspapers in Ontario, Nova Scotia, and New Brunswick. He served as Secretary Treasurer for the Canadian Daily Newspaper Assoc. (CDNPA), and as Vice President for the International Newspaper Assoc. A strong supporter of youth development, Tom served as a Director for the Saint John Boys & Girls Club, and was instrumental in forming the Bras d’Or Sea Cadet Corp in Quispamsis and Rothesay. Tom was a volunteer with Relay for Life, with Meals on Wheels (St. Mark’s Church), and with the Salvation Army Christmas Kettle. Tom is survived by his soulmate and wife Barbara (Leger), daughters Mary Margaret Hanlon (Peter) and grandsons Matthew, Stephen and granddaughter Sarah; daughter Christine Elizabeth McNeill (Jared) and granddaughters Alice and Violet; sister Betty Knowles (Dan) and brother Rick (Wilma) and several nieces and nephews. Tom was predeceased by his cherished daughter Jacqueline Anne and his sister Judith. Tom’s family would like to take this opportunity to thank Dr. Sarah Caines, Dr. Love, and Dr. Wildish as well as KV Extramural staff Vanessa, Mary Ellen, Janice, Jeana, Tara, and Bill for their wonderful care and support. Also Tom’s family would like to thank Sue and the staff of the palliative care unit for their kindness and support. Arrangements are under the care and direction of Kennebecasis Community Funeral Home, 152 Pettingill Road, Quispamsis (849-2119). As per Tom's request there will be no visitation. Mass of Christian Burial will take place at St. Mark's Catholic Church, Quispamsis, on Monday, February 25, 2019 at 10AM. Interment to take place at St. Joseph's Cemetery at a later date. In lieu of flowers donations can be made to the Saint John Regional Hospital Oncology Dept in memory of our daughter Jacqueline Anne (Roberts) Davidson.

Share Your Memory of
Thomas
Upload Your Memory View All Memories
Be the first to upload a memory!