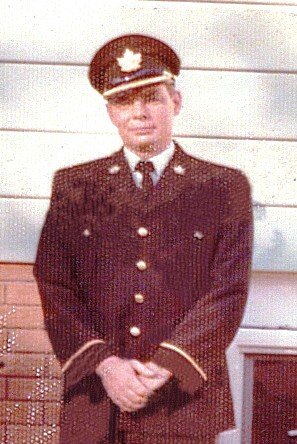 Obituary of John A. Griffin

The death of John "Ian" Arthur Griffin, of Quispamsis, husband of Dianne (Jarvis) Griffin, occurred on Tuesday, March 12, 2019 at the Saint John Regional Hospital. Born in Greenock, Scotland, on July 7, 1939, he was a son of the late John and Ellen Griffin. Ian was a proud tradesman. He immigrated to Canada at the age of 21, and worked for Saint John Ship Building. In 1965, Ian and Dianne moved to Windsor, ON, where he worked for Ford Motor Company, until his retirement at the age of 56. Ian spent 15 years with the Reserves in Windsor, where he also volunteered for the cadets. Ian loved sailing, golfing, travelling and was an avid history buff. Besides his wife, Ian is survived by his sisters; Carol Robertson of Scotland and Helen Dash of England; cousin Linda Powell as well as several nieces, nephews and friends. In addition to his parents, he was predeceased by his brother Billy and his beloved dog, Showna. In keeping with Ian's wishes, there will be no visitation. A celebration of Ian's life will be held at Kennebecasis Funeral Home, 152 Pettingill Road, Quispamsis (506-849-2119) on Tuesday, March 19, 2019, at 11:00 AM. Friends and family are welcome to attend a reception honouring Ian's life at the Legion Branch #58, 61 Marr Road, Rothesay, following the service. For those who wish, remembrances may be made to Heart and Stroke Foundation of New Brunswick.