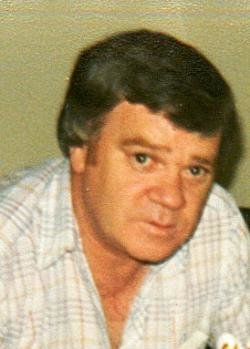 With sadness, we announce the passing of William (Bill) Hampton at the Saint John Regional Hospital on March 23, 2019. Bill was born on October 26, 1935. He is survived by his wife, Shirley, sons David (Leslie), Terry (Norine), John (Joyce) and step-daughter Tara (Gerald), daughter-in-law, Joanne, one brother, Timmy, 9 grandchildren, 5 great-grandchildren and 5 step-grandchildren. Bill was predeceased by his son, Jimmy, grandson Jason, and his siblings, Shirley and Arthur. Bill was a compositor at St. Croix Courier, The Telegraph-Journal, Lingley Printing and lastly the proprietor of Ken Val Offset Printing for many years. In keeping with Bill's wishes there will be no visitation or funeral service. Arrangements are entrusted to Kennebecasis Funeral Home (849-2119), 152 Pettingill Road, Quispamsis, NB. Interment to be announced at a later date at Tracy United Baptist Cemetery. Memorial donations towards the Canadian Cancer Society or a charity of your choice would be appreciated.