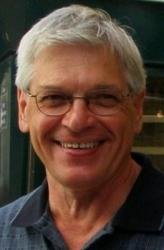 It is with heavy hearts that the family announces the death of Douglas Wade Brown of Quispamsis, loving husband of Marilyn (Peck) Brown for 48 years, which occurred on Saturday, August 31, 2013 at Bobby's Hospice after a courageous battle with brain cancer. Born in Springhill, NS, August 14, 1940, Doug was a son of Natalie (Patriquin) Brown and the late Joseph Brown. He graduated from Moncton High School and was an air cadet in his youth. Doug retired after 35 years employment with Lever Brothers as a Sales Representative. He was a long standing member of St. Paul's Anglican Church and the U.C.T. (United Commercial Travellers). An avid volunteer, Doug believed in giving back to the community. He spent a lot of time in his gardens growing his vegetables, flowers and admiring the birds. Doug truly enjoyed his friendships and meeting new people. He also enjoyed curling, golfing, traveling, and walking his beloved shelties. Above all he loved being surrounded by his family, especially his grandchildren. In addition to his wife Marilyn, Doug is survived by daughters; Helen Crawley (Jeff), and Jennifer Brown-Daley (Richard), and son, Andrew, brothers; Wayne (Pat) of Moncton, Bill (Giselle) of Scoudouc, David (Cindy) of Salisbury, sister; Judy Benjamin (Rod) of Pugwash, NS, his cherished grandchildren; Cameron, Justin, and Ashley, as well as several nieces and nephews. The family extends a warm thanks to the staff and volunteers of Bobby's Hospice for the compassionate care they provided to Doug in his final journey in life. Resting at Kennebecasis Community Funeral Home, 152 Pettingill Road, Quispamsis (506-849-2119) with visiting on Tuesday from 7 - 9 PM. Funeral Service will be held at St. Paul's Anglican Church, Rothesay, on Wednesday, September 4, 2013 at 11:00 AM, followed by a reception. Interment to take place at All Saints Cemetery, Clifton Royal, NB. In lieu of flowers, remembrances may be made to Bobby's Hospice.

Share Your Memory of
Douglas
Upload Your Memory View All Memories
Be the first to upload a memory!