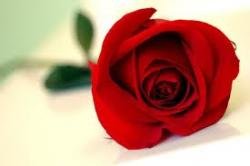 The death of Crissie Raynes, wife of Benjamin Raynes, occurred on September 13, 2013 at Kingsway Care Centre. Crissie was born on December 25, 1922, at Marchwood, Southhampton, England and was a daughter of the late George and Sarah (Brise) Bull. Crissie was a World War II Veteran (Auxiliary Territorial Service) where she met her husband, Benjamin, who was a member of the Canadian Armed Services, she then immigrated to Canada. Crissie was a very gentle and caring soul, often caring for others more than herself. Besides her husband, Benjamin, she is survived by her children; Joan Sweet (John), Kathleen Rolfe (Jim), Marjorie Murray (Douglas), Flo Ellis (Ron), Benjamin Raynes, John Raynes (Barb), Margaret Anne Scott (Michael), Donald Raynes (Holly), Dennis Raynes (Sherry),Ronald Raynes, and Sabrina Ebbett, sisters; Dorcas Mills, and Florence Crouse, brother; Sam Bull, sister-in-law, Audrey Bull, twenty four grandchildren, thirty great grandchildren, two great-great grandchildren, as well as many nieces and nephews. Crissie was predeceased by her brothers; John and George, one grandchild and one great grandchild. In keeping with Crissie's wish there will be no formal visitation. Funeral Service will be held on Tuesday, September 17, 2013 at 1:00 PM from Kennebecasis Community Funeral Home Chapel, 152 Pettingill Road, Quispamsis (849-2119). For those who wish, remembrances may be made to the Canadian Cancer Society or to the Heart and Stroke Foundation of New Brunswick, would be appreciated.

Share Your Memory of
Crissie
Upload Your Memory View All Memories
Be the first to upload a memory!