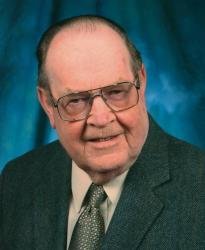 It is with heavy hearts the family announces the passing of Albert "Bert" A. Seely, Rothesay on Thursday, September 26, 2013 with his family at his side, much love from far and near; at the Saint John Regional Hospital, beloved husband of 52 years and best friend of Marjorie (Gerow) Seely. Bert was born in Hampton, NB on May 27, 1931, the son of Addison and Rilla (Thorne) Seely. His career began with banking then to sales and was in management of E.S. Stephenson & Co. at the time of his retirement. His hobbies revolved around photography and computer, and making videos to music. He loved his family, family gatherings and especially his grandchildren; and being very socialable, Bert enjoyed the company of other people. He had been a member of the Corinthian Lodge, Hampton and the Saint John Gyro Club, being president several times. He was a Member of St. Paul's Anglican Church, Rothesay and the Kings County Historical & Society. Besides his wife, he is survived by daughter, Carol A. (Dr. Perry Shear) of Trumbull, CT; son, Stephen G. (Edwina) Seely of Baxter's Corner, NB, grandchildren; Brian and Lauren of Washington, DC; brother, Delbert F. Seely of Saint John; sister-in-law, Marion Seely of Ottawa, and several nieces and nephews. Bert was predeceased by brothers, Jack and Charles Seely and sister, Pauline Legassick. Bert's family thanks the nurses of the KV Unit of the Extra Mural Program and the nurses of the Palliative Care Unit at the Saint John Regional Hospital for the excellent care he received during illness. Resting at Kennebecasis Community Funeral Home, 152 Pettingill Road, Quispamsis (849-2119) with visiting on Monday from 2-4 and 7-9 PM. The funeral service will be held on Tuesday, October 1, 2013 from St. Paul's Anglican Church, Rothesay at 2:00 PM. Interment to take place in Hampton Rural Cemetery. For those who wish, remembrances may be made to the Palliative Care Unit, Saint John Regional Hospital, or to the charity of the donor's choice, would be appreciated by the family.

Share Your Memory of
Albert
Upload Your Memory View All Memories
Be the first to upload a memory!