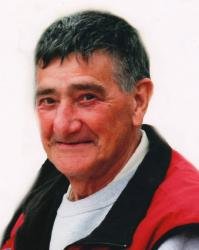 The death of Douglas John Young, of Rothesay, NB, occurred on Sunday, February 9, 2014, at Bobby's Hospice. Born in Saint John on February 2, 1936, he was a son of the late John and Shawn Young. Doug was employed with 3M Canada for 25 years until his retirement. He enjoyed hunting, fishing, curling, bowling, hockey, baseball, golfing, as well playing hockey with the Old Timers Hockey Team. He was a former member of the Kinsmen, Kiwanis and the UCT, and was an active member of the KV Old Boys. Doug also volunteered at Bobby's Hospice. Doug is survived by his loving friend Marilyn Dalton; son Scott Young of Toronto, ON; daughter Shawn Hawkins (Andrew) of Blackfalds, AB; grandchildren David Young and Shannon Hawkins; brother-in-law Joe Haggerty; special friends Elsie and Ernie Hanson, as well as several nieces and nephews. Doug was predeceased by his wife, Joan Young, his brothers James and Ronald Young, and sisters Nancy McCluskey and Joan Haggerty. We wish to express special thanks to the staff of Bobby's Hospice for the compassionate care he received while there. Doug is resting at Kennebecasis Community Funeral Home, 152 Pettingill Road, Quispamsis (849-2119) with visiting on Sunday, February 16th from 6- 9 PM. Funeral Service will take place at Kennebecasis Community Funeral Home Chapel on Monday, February 17, 2014, at 11:00 AM. Interment to take place at Fernhill Cemetery. Remembrances may be made to Bobby's Hospice.

Share Your Memory of
Douglas
Upload Your Memory View All Memories
Be the first to upload a memory!