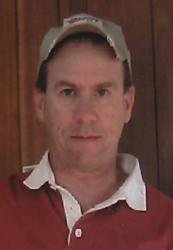 The death of Ronald "Ronnie" Adrien Landry of Quispamsis NB, occurred on Thursday, March 27, 2014 at the Saint John Regional Hospital. Born in Saint John on November 12, 1965, he was a son of the late Adrian and Geneva Marie (Caissie) Landry. Ronnie was employed as a Power Engineer for several years. He enjoyed music and drawing. Survived by his brother, Bernard "Bernie" (Cathy) Landry of Rothesay, NB, and his sister, Carolyn Landry (Sean Devereaux) of Bedford, NS, two nieces, Isabelle and Celine Landry, as well as several aunts and uncles. The family wishes to express their appreciation to the staff and nurses of the Palliative Care Unit at the Saint John Regional Hospital. Resting at Kennebecasis Community Funeral Home, 152 Pettingill Road, Quispamsis (849-2119), with visiting on Tuesday 2-4 and 7-9. A Mass of Christian Burial will be held on Wednesday, April 2, 2014 at St. Mark's Catholic Church at 11:00 AM. Interment will take place at St. Alphonsus Cemetery at a later date. For those who wish, remembrances may be made to the Canadian Cancer Society.