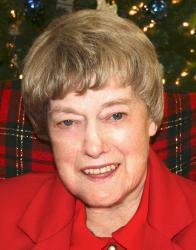 The death of Constance "Connie" Leola Taylor of Quispamsis, wife of the late Archie Taylor, occurred on Sunday, November 2, 2014 at Kings Way Care Centre. Born in Saint John on January 9, 1927, she was the daughter of the late Havelock and Gladys (Farris) Waycott. Connie was employed with Stirling Electric for several years until her retirement, she was also a former President of the Demolay Mother's Club. Survived by her sons, Kevin (Norma) of Quispamsis and Mark of Fredericton, NB, brother Aubrey Waycott (Joye) of Carrying Place, ON, grandchildren, Angela Gionet (Darren) and Bradley Taylor (Raven), great-grandchildren; Luke Gionet, Alyssa Taylor, Allison Gionet, Rhys Taylor, as well as several nieces and nephews Besides her husband, Connie was predeceased by her brothers, Donald, Lloyd and Brian. The family would like to express their appreciation to the staff of Kings Way Care Centre for their care of Connie over the past seven years. Resting at Kennebecasis Community Funeral Home, 152 Pettingill Road, Quispamsis (849-2119) with visiting on Monday from 7:00 -900 PM. Funeral Service will be held at Kennebecasis Community Funeral Home Chapel on Tuesday, November 4, 2014 at 1:00 PM. Interment to take place at Cedar Hill Extension Cemetery. Remembrances may be made to the Alzheimer's Society or to a charity of the donor's choice, would be appreciated.

Share Your Memory of
Constance
Upload Your Memory View All Memories
Be the first to upload a memory!