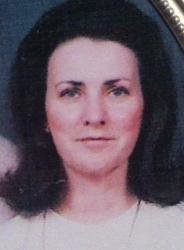 It is with heavy hearts that the family of Dorothy Margaret Peters (nee Logan) announce her passing on Tuesday, February 3, 2015 after a lengthy and brave battle with cancer. Dorothy will be forever and deeply missed by her devoted husband of fifty years, Francis (Frank) Peters, her one and only darling daughter, Heather, and her precious grandchildren; Francesca and Anthony. Dorothy was a much sought godmother and leaves behind a great number of godchildren and many loving nieces and nephews. Dorothy was a devout Roman Catholic enjoying a rich and meaningful religious life, and was loved by all who knew her. Born in Saint John, March 1, 1941, Dorothy was the daughter of the late Elvin Logan and Dorothy (Harris). Dorothy was predeceased by brothers; Bobby (Shirley) Logan, and Frederick (Joan) Logan and sisters; Jean (Don) Coughlan, and Mary (Laurie) Leger. She is survived by sisters; Barbara Burgess, Eileen Lewis, Patricia Connolly, and Marion (Murray) King, as well as brothers; James (Judy) Logan and David (Doreen) Logan. Resting at Kennebecasis Community Funeral Home, 152 Pettingill Road, Quispamsis (506-849-2119) with visiting on Saturday, February 7, from 6 to 8 PM. and Sunday, February 8, from 2 to 4 and 6 to 8 PM. Mass of Christian Burial will take place at St. Mark's Catholic Church, Pettingill Road, Quispamsis, on Monday, February 9 at 10:00 AM. For those who wish, remembrances may be made to the Heart and Stroke Foundation, Canadian Cancer Society or to a charity of the donor's choice.