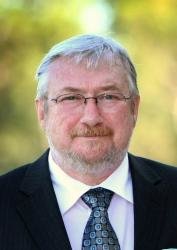 With deep sadness the family announces the sudden passing of Michael John Hatfield, on Wednesday, June 3, 2015 at Saint John Regional Hospital. Born on January 13, 1951, in Saint John, NB, he was the beloved son of Margaret (Hughes) and the late Wallace Hatfield. Mike was employed as a Data Technician for thirty-four years with Bell Aliant before retiring in 2013. Over his life, he enjoyed martial arts, gardening, boating, camping, science fiction, nature, astronomy, storytelling under the stars, playing guitar, and pets including his cat, Rosie. Mike is survived by his children; Leah Warren (Andrew), Luke Hatfield (Evelyn), and Lori-Ann Hatfield (Sean), step-children; Amanda Rouse (Shawn), Jimmy MacDonald (Katie), and Ryan MacDonald (Alicia), sister Pauline Pearson (Peter), and brother David Hatfield (Alice), grandchildren; Rebecca, Talon, Kara, and Olivia, and awaiting the birth of a new grandson; step-grandchildren: Zachery, Cameron, Emmersyn, Ryan and Christopher, sisters in law; Irene Goodrich (Doug), and Wendy Wright (Peter), mother in law, Gerry Humphrey, nieces; Melissa, and Paula, nephews; Bobby, and Evan, as well as several great nieces and great nephews. Mike was predeceased by his loving wife, Charlene MacDonald-Hatfield whom he missed dearly. We would like to thank the staff of 4CN for their attention and care during his last hours of life. We also thank his neighbours, friends, extended family, and Bell Aliant co-workers for the friendship, love, and support they gave Mike during his life. We especially thank his best friend Hugh Perry for being with us during his last moments and Bishop Harris for helping him go to heaven. Resting at Kennebecasis Community Funeral Home, 152 Pettingill Road, Quispamsis (849-2119) with visiting on Sunday from 2:00-4:00 and 7:00-9:00 PM. Funeral Service will take place at Kennebecasis Community Funeral Home Chapel on Monday, June 8, 2015 at 11:00 AM. Interment to take place at St. Joseph's Cemetery at a later date. For those who wish, remembrances may be made to the Empty Stocking Fund.