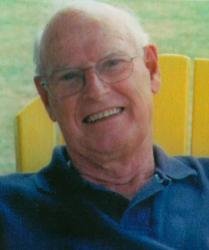 It is with broken hearts we announce the passing of Donald G. DeLong of Rothesay, New Brunswick. Surrounded by his family at Bobby’s Hospice we said goodbye to our beloved husband, father, grandfather, great grandfather, brother, uncle, teacher, mentor and friend. Don is survived by his devoted and loving wife of 65 years, Margaret (Cameron) who lovingly devoted herself to Don throughout his illness. He is survived by his two wonderful sons, Mark and Brad (Sue), his adoring granddaughters (his sweets) who thought the world of him, Robyn (Kyle) and Nicole (Mark) and his 4 great-grands that he adored, Ava, Mairin and Isla McKinnon and Oliver Larsen who will dearly miss their Papa Don Don. He is also survived by his special canine companion, Tanner who rarely left his side. He is survived by his sister, Audrey Alexander (Gerald) and brother, Wendell (Dot, and many nieces, nephews and friends. He was predeceased by his parents Stuart and Amanda (Jonah), brothers Larry and Ron. For 42 years, Don was a beloved teacher at the Vocational High School where he taught architectural drafting and in the process, touched the lives of many of his students. He received his teaching certificate from Penn State University in the 1950’s and retired from teaching in 1987. Even up to his last few years, he was frequently approached by previous students while out and about to say hello and let him know how much he had impacted their lives. Along with his sister and brother-in-law, Don and Marg owned and operated the Town and Country Campground and Drive-in Theatre in Sussex, New Brunswick for 42 years. He worked alongside his family to build and maintain this business for many years and in the process many wonderful memories were created. Don was a devoted family man and loved spending time with his family. On the weekends once the drive-in was sold, Don could be found working on unique projects restoring old furniture with his son Brad or helping his son Mark with special projects around his home. Don always enjoyed time spent with family. He was especially close with his two granddaughters and took pride in all of their accomplishments and thoroughly enjoyed his role and grandfather and great grandfather. Don appreciated good food, good company and good laughs and conversations. Don had a wicked sense of humour and very quick wit. He was one of the most gentle and caring souls you could ever encounter and for that, those who knew him were deeply blessed. Death ends a life and not a relationship; Don (Papa Don) will forever be in our hearts. Our family would like to extend our sincere gratitude to all of the exemplary staff at Bobby’s Hospice for their wonderful care in his final week of life. We would also like to thank the nursing staff at the Kennebecasis Extra-Mural Program for their care over the past year and half. Finally, sending many thanks to Dr. Stephen Willis for his phenomenal care for Don over the years. Resting at Kennebecasis Community Funeral Home, 152 Pettingill Road, Quispamsis (849-2119) with visiting on Wednesday from 6:00 - 9:00 PM. A Memorial Service will be held at Kennebecasis Community Funeral Home Chapel on Thursday, July 9, 2015 at 11:00 AM. Private family interment to take place at Greenwood Cemetery. In lieu of flowers, the family is asking that donations be made in memory of Don to Bobby’s Hospice.