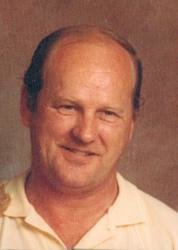 Surrounded by his family, John Milford Shewbridge, loving husband of Ann Shirley (Brown) passed away at the Palliative Care Unit of the Saint John Regional Hospital after a long and courageous battle with cancer. Born in Saint John on February 12, 1943 to the late John McA. And Bertha (Savoy) Shewbridge. In addition to his wife, Shirley, he is survived by his sons, Kenneth R. (Debbie Phillips) and Daniel M. Shewbridge; one very special grandson, Joshua T. Shewbridge (Jaleeza Smith); Brothers, Herb Shewbridge (Terry), James Shewbridge (Beverly) and John Brady (Lynn); Many nieces and nephews including a special niece, Sandy Gray; as well as many dear friends. John was employed by Midi Construction until his failing health forced him to retire. He loved his truck, "Ruby". In addition to his parents, John was predeceased by his brothers, Walter and Bobby as well as his sister, Janet. Resting at Brenan’s Bay View Funeral Home, 1461 Manawagonish Road, Saint John, NB (634-7425) with visiting on Friday, August 14, 2015 from 2-8 pm. Mass of Christian Burial will be celebrated on Saturday, August 15, 2015 at 10:00 AM from Our Lady of the Assumption Church, 360 Dufferin Row, Saint John. Interment will take place at a later date at Sturgeon Cemetery, Prince Edward Island. For those who wish, remembrances made to the Canadian Cancer Society or Heart and Stroke Foundation would be appreciated by the family.