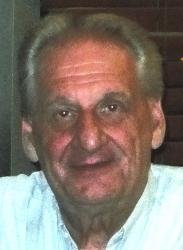 It is with great sadness that the family of James "Jim" Wilbur Butler of Saint John, beloved husband of Joan (Lester) Butler announce his passing, which occurred on Tuesday, August 18, 2015 at the Saint John Regional Hospital, surrounded by his loving family. Born on June 22, 1942, he was the son of the late Leo and Florence (Goudreau) Butler. In addition to his wife Joan, Jim is also survived by his daughters, Tracey Chiasson (Joel), Lori Arnold (Chris), Amy Redfurn (Gordie) and Jodi Butler (Chris McLeod); grandchildren, Emerson and Ashton Arnold; several brothers and sisters-in-law; as well as many nieces and nephews. In addition to his parents, Jim was predeceased by his siblings, David, Edward and Betty McLean. Jim loved his family and his home. He was a devoted husband, father and grandfather "Pappy". He loved music and some of his fondest memories were playing in the bands Nightshift and Moonshadow. He retired from his position at Ready Rentals in May 2013 after more than 40 years with the company. He will be missed by many. Resting at Brenan’s Bay View Funeral Home, 1461 Manawagonish Road, West Saint John (634-7425) with visiting on Friday, August 21, 2015 from 2-4 and 6-8 PM. A Mass of Christian Burial will be celebrated from St. Rose of Lima Church, 541 Milford Road, West Saint John on Saturday, August 22, 2015, at 10:00 AM. Interment will take place in Holy Cross Cemetery. Remembrances to the Bruce Melanson Scholarship Fund or to a charity of the donor's choice would be appreciated by the family.