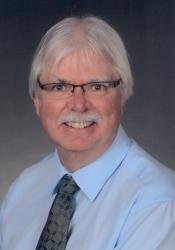 It is with broken hearts to announce the passing of Ian Gordon "Gord" Roberts, husband of Carla Roberts (nee Barry), on Sunday, August 23, 2015 at the Saint John Regional Hospital. Gord was born on January 8, 1959, in Saint John, New Brunswick, to the late Emlyn and Mary K. (Wylie) Roberts. Gord graduated from Saint John High School in 1977, then from the University of New Brunswick, Fredericton in 1981 with a degree in chemical engineering. He was currently employed as Manager of Design Engineering at the Point Lepreau Nuclear Generating Station for NB Power. He was a member of the Association of Professional Engineers and Geoscientists of New Brunswick, and served on the Board of Directors of the Westfield Golf and Country Club. Besides his wife, he is survived by his sister, Joyce (Andrew) Miller; brother, David (Anne) Roberts; nieces, Katherine and Wylie; and aunt Gwyneth Roberts. Resting at Brenan’s Bay View Funeral Home, 1461 Manawagonish Road, Saint John, (634-7425) with visitation on Wednesday, August 26, 2015 from 2-4 and 6-9 PM. A funeral service will be held on Thursday, August 27, 2015 at 2:00 PM from Brenan’s Bay View Chapel. Interment will take place at Cedar Hill Extension Cemetery. For those who wish, remembrances in memory of Gord may be made to the Junior Golf Program (Westfield Golf and Country Club) or to the donor’s choice.

Share Your Memory of
Ian
Upload Your Memory View All Memories
Be the first to upload a memory!