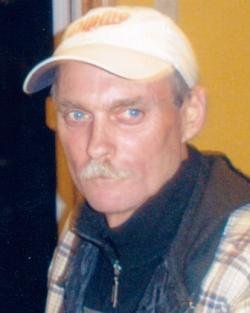 It is with great sadness that the family of David Gauthier of Saint John announce his passing, which occurred on Thursday, December 8, 2016 at the Saint John Regional Hospital. Born on May 30, 1956 in Saint John, he was the son of the late Merlin and Mary (McCarthy) Gauthier. For many years, David was employed as a Radiographer and was a member of the Royal Canadian Legion Branch #69. David loved spending time at the camps with his many friends and also enjoyed hunting and fishing. He always held a place in his heart for animals. David is survived by his sister, Mary Katherine Sterling (Gary) of British Columbia; nieces, Debbie, Mary, Lynn, Beth and Kim Hartt, Christa, Claire and Tammy; nephews, Stephen and Richard Hartt and Ryan; as well as cousins, Beverly Humphrey, Linda Reed and several others. Besides his parents, he was also predeceased by his sister, Donna Hartt. Arrangements are under the care and direction of Brenan’s Bay View Funeral Home, 1461 Manawagonish Road, West Saint John (634-7425) with visiting on Thursday, December 15, 2016 from 2:00 - 8:00 PM. A Legion Tribute will be held Thursday at 7:00 PM. A Mass of Christian Burial will be celebrated from St. Rose of Lima Church, 541 Milford Road, West Saint John on Friday, December 16, 2016 at 12:00 Noon. Interment will take place in Cedar Hill Extension Cemetery. For those who wish, remembrances may be made to the Arthritis Society of New Brunswick, Canadian Cancer Society or a charity of the donor’s choice.