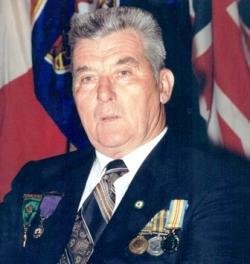 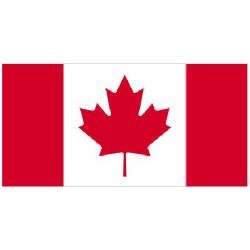 The death of Richard Urban "Dick" Duffy of Grand Bay-Westfield occurred on Thursday, December 15, 2016 at the Saint John Regional Hospital. Born on September 16, 1929 in Boston, MA, he was the son of the late Urban and Helen (Mahoney) Duffy. Dick served in Korea from 1952-53 with the Royal Canadian Regiment. He went on to work for the New Brunswick Department of Social Services for 30 years before retiring in 1989. After retiring, Dick became known as the Grand Bay "Lawnmower Man" who ran a small engine repair shop out of his front yard. He was an avid hunter and loved to fish. Dick was a life member of the Royal Canadian Legion and past president of the Royal Canadian Legion Branch #22 (Grand Bay). Dick was predeceased by his beloved wife, Margaret (Stone) and his sister, Helen. He is survived by his son, Peter (Lily) of Oromocto and daughter, Sandra Noël (Elmer) of Calgary; grandchildren, Patrick, Shannon and Shawna; as well as great-grandchildren, Isaiah, Emma, Dillon and Damon. Resting at Brenan’s Bay View Funeral Home, 1461 Manawagonish Road, West Saint John (634-7425) with visiting on Monday, December 19, 2016 from 2-4 and 7-9 PM. A Legion Tribute will be held Monday at 7:00 PM. A Mass of Christian Burial will be celebrated from St. Augustine’s Church, Grand Bay-Westfield on Tuesday, December 20, 2016 at 11:00 AM. Interment will take place in St. Augustine’s Cemetery, in the Spring. For those who wish, remembrances may be made to a charity of the donor’s choice.