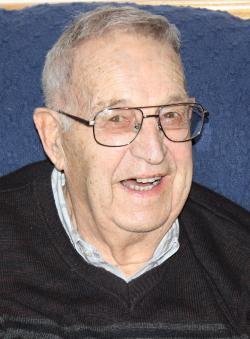 It is with heavy hearts that the family of Robert George Donaldson announces his passing, which occurred on Wednesday, March 7, 2018. Born in Saint John, NB, he was a son of the late John and Muriel (Filmore) Donaldson. Bob is survived by his loving wife, Theresa Elizabeth "Betty" (Murphy); sons Robert, Thomas (Cindy), and Kevin (Karen) Donaldson; Brothers Ronald (Helen), Billy (Bunnie), and Jimmy (Lorraine) Donaldson; sisters Helen Agnew, Vera Latimer, Jean Lawson, Margaret McCumber (David), Barbara Wright, and Lorraine Abbot (Gary); sister-in-law Doris as well as six grandchildren and six great grandchildren and many nieces and nephews. Aside from his parents, Bob is predeceased by his brother John Donaldson. Resting at Brenan’s Bay View Funeral Home, 1461 Manawagonish Road, Saint John, NB (634-7425) with visiting on Friday, March 9, 2018 from 2-4 and 6-8 PM. A mass of Christian burial will take place from St. Rose of Lima Church on Saturday, March 10, 2018 at 10:00 AM. Interment will take place at a later date. In lieu of flowers, condolences can be made to the alzheimers society or a charity of the donor’s choice. Online condolences may be made at www.BrenansFH.com