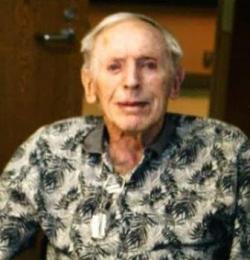 It is with great sadness the family announces the passing of Leslie Horace Sutton Terry of Saint John, NB, husband of 34 years to Rosemary (Walsh) Hatfield which occurred on Monday, March 11, 2018 at Rocmaura Nursing Home. Born in Ilmington, England he was a son of the late Horace and Amy (Beeches) Terry. Les was the youngest of seven siblings, with only one older still living in England. He worked as a Fuel Engineer at Point Lepreau until his retirement, enjoyed working as a volunteer for the Opera New Brunswick and the Saint John Theater Company in which he helped draw and construct designs for the sets. Seeing the finished product on stage gave him great satisfaction. One of Les’s greatest loves was gardening and always trying different varieties of flowers each year in his garden. Besides his wife he is survived by two sons: Martin (Sopar) Terry and Simon (Nancy) Terry; three grandchildren: Brian, Megan and Geoffrey; several nieces and nephews. To honour his wishes there will be no funeral home visitation or service. Arrangements are under the care of Brenan’s Bay View Funeral Home, 1461 Manawagonish Road, Saint John, NB (634-7425). For those who wish remembrances to the Parkinson’s Society would be appreciated by the family. Online remembrances and condolences may be placed at www. BrenansFH.com.

Share Your Memory of
Leslie
Upload Your Memory View All Memories
Be the first to upload a memory!