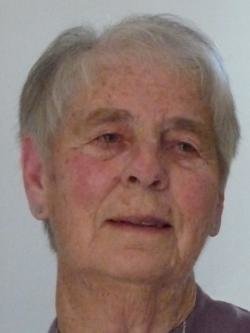 With appreciation for a life well-lived, the family of Marion Jean Murphy, loving wife of the late Allan Alfred Murphy, announces her passing, which occurred on March 21, 2018 at Bobby’s Hospice. Born March 6, 1933 in Saint John, NB she was a daughter of the late Helma (Graves) and Arthur Northrup. Marion will be missed by her daughter, Marilyn (Michael) Wornell of Quispamsis; grandchildren, Allison and Dylan Wornell; one brother, Percy (late Marg) of Portland, Maine; two sisters, Doreen (late Dan) Belyea of Browns Flat and Melba (late Len) Clark of Saint John; sister-in-law, Kay Northrup of Renforth; and several nieces and nephews. Marion was predeceased by her husband, Allan Alfred Murphy (in 2007); and brothers Ralph, Wendall, and Malcolm. Resting at Brenan's Bay View Funeral Home, 1461 Manawagonish Road, Saint John (506) 634-7425 with visiting on Friday, March 23 from 2 to 4 pm and 6 to 8 pm. A Funeral Service will be held from Bay View Chapel on Saturday, March 24, 2018 at 9 am. Interment will be in Cedar Hill Extension Cemetery. Remembrances may be made to Bobby’s Hospice or a charity of one's choice.

Share Your Memory of
Marion
Upload Your Memory View All Memories
Be the first to upload a memory!