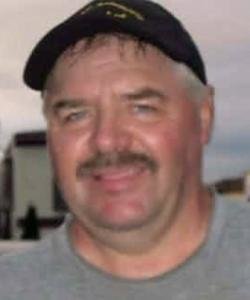 It is with saddened hearts that the family of Michael Bradford of Saint John announces his sudden passing, which occurred on Saturday, March 24, 2018 at the Saint John Regional Hospital. Born on May 11, 1957 in Saint John, he was the son of the late Chipman and Joan (Kyle) Bradford. Mike was employed as a licensed industrial roofer with Wilson Roofing and was a member of the Sheet Metal Workers and Roofers Local 437. He enjoyed the outdoors and especially loved four wheeling, snowmobiling, drag racing and camping. Mike always treasured the times spent with family and friends and will be dearly missed. Mike will be forever loved and remembered by his chosen son, Devon Bradford of Saint John; siblings, Kenneth Bradford (Norma) of Saint John and their children, Shane, Diane and Danielle, William Bradford (Eva) of Winnipeg and their son, Darren, Tim Bradford (Janet) of Saint John and their children, Timothy and Merissa, Laura Kinsella (Rick) of Willow Grove and their children, Rylee and Shannon, Robert Bradford of Quebec and his children, Jessica, Helsa and Jason, Kathy Ann Cormier (Guy) of Cocagne and their daughter, Rebecca and Christopher Bradford of Saint John and his son, Christopher. In addition to his parents, he was also predeceased by his brother, James Bradford. Arrangements are under the care and direction of Brenan’s Bay View Funeral Home, 1461 Manawagonish Road, West Saint John (634-7425), with visiting on Tuesday, March 27, 2018 from 12:00 – 1:00 PM with the funeral service immediately following at 1:00 PM, all from Brenan’s Bay View Chapel. Interment will take place in Greenwood Cemetery and will be followed by a reception in Brenan’s Bay View Reception Centre. In lieu of flowers, remembrances may be made to the Heart and Stroke Foundation of NB.