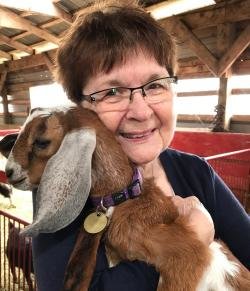 It is with heavy hearts that the family of Virginia Anne (Galbraith) MacDonald announces her passing, which occurred at the Saint John Regional Hospital on Monday, February 12, 2018. Born in Saint John, NB, she was a daughter of the late Stewart and Evelyn Galbraith. Virginia is survived by her loving husband of 52 years, Rev. Ian MacDonald; son Michael MacDonald (Mazie); daughters Gail Marchand (Douglas) and Marilyn MacDonald (Kevin Stewart); sister Coleen Mumford; grandchildren Lauryn Marchand, Reid Marchand, and Briana MacDonald. Arrangements are under the care of Brenan’s Funeral Home, 111 Paradise Row, Saint John, NB (634-7424). A funeral service will be held at Wilmot United Church in Fredericton, NB on Friday, February 16, 2018 at 2:00 PM. Interment will take place in Lorneville Cemetery at a later date. Donations in Virginia’s memory may be made to the Saint John Regional Hospital Palliative care Unit or a charity of the donor’s choice. Online condolences may be made at www.BrenansFH.com

Share Your Memory of
Virginia
Upload Your Memory View All Memories
Be the first to upload a memory!
Share A Memory