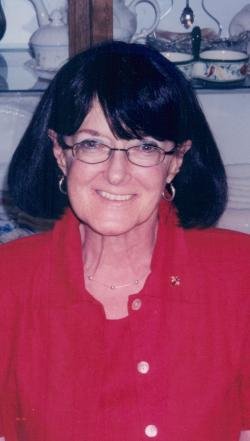 Peacefully, on Wednesday, February 14, 2018 at the Loch Lomond Village, Diane Breen, widow of the late Louis Breen and daughter of the late John and M. Eileen (Kingston) Black, went home to her Father. Diane will be lovingly remembered as a woman who loves God, her family and friends and she will be missed by all who she is survived by. Besides her parents, and husband Louis, Diane was predeceased by her sister Mary Black, uncles Ronnie, Raymond, Harold, Kevin, Michael, Murray and William Kingston and aunt Marion Malloy. Arrangements have been entrusted to Brenan’s Funeral Home, 111 Paradise Row, Saint John, NB (634-7424). A Mass of Christian Burial will be celebrated from the Cathedral of the Immaculate Conception on Tuesday, February 20 at 12:10 PM. For those who wish, remembrances may be made to Lupus New Brunswick or to a charity of donor’s choice.

Share Your Memory of
Diane
Upload Your Memory View All Memories
Be the first to upload a memory!
Share A Memory