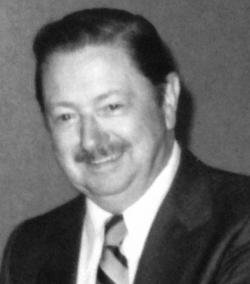 At the Saint John Regional Hospital, on Thursday, March 15, 2018, the passing of Francis Xavier Murphy occurred. He was the husband of the late Claire T. (Nealis). Born in Saint John on November 24, 1926, he was a son to the late John E. and Mary (Bessie) (McCormick). Frank retired from Centracare Saint John Inc, formerly the Provincial Hospital, in 1987 after 30 years of service. In his spare time, he enjoyed golfing and visiting Kennebecasis "McCormick’s" Island. Frank is survived by his daughter Maria T.E. and her husband Majed. Besides his parents and wife, Claire, Frank was predeceased by his brother John J. Murphy and sister Patricia McPhee. Frank’s family would like to extend a "Thank you" to the staff of 4BS for their kind and professional care. Resting at Brenan’s Funeral Home, 111 Paradise Row, Saint John (634-7424) where family and friends are invited to visit on Monday, March 19 from 5-8 PM. Following cremation, Mass of Christian Burial will take place at Stella Maris Parish, 201 Bayside Drive, on Tuesday, March 20 at 12 Noon with interment to follow at St. Joseph’s Cemetery. In lieu of flowers and for those who wish, remembrances may be made to Romero House or a charity of the donor’s choice.

Share Your Memory of
Francis
Upload Your Memory View All Memories
Be the first to upload a memory!