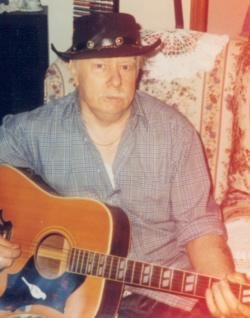 It is with great sadness that the family of Frank Robert Connelly, husband of Annie Connelly, announce his passing, which occurred on Saturday, April 7, 2018 at the Saint John Regional Hospital. Born on December 22, 1933, he was a son of the late Frank and Annie (Bonnel) Connelly. Frank will be dearly missed by his sons: Robert (the late Doris), Gary (Amande), Frank and Peter (Sarah); daughters: Tina (Rick), Donna (Morris), Bertha, Penny (David) and Holly (Brent); his 17 grandchildren and 15 great-grandchildren; brothers: Billy (Theresa) and Peter (Gloria); sisters: Doris (Kenny), Shirley (David), Evelyn (Albert), Esther (Donny), Betty (the late Donald), Eleanor (the late Walter) and Doreen (Danny) along with several nieces, nephews, cousins and members of his extended family. Besides his parents, Frank was predeceased by his brother, Ronald and sister, Theresa. Resting at Brenan’s Funeral Home, 111 Paradise Row, Saint John (634-7424) where family and friends are invited to visit on Wednesday, April 11, 2018 from 2:00 - 4:00 and 6:00 - 8:00 pm. A Memorial Service will be held on Thursday, April 12 at 2:00 pm from Brenan’s Chapel with interment to follow at Ocean View Memorial Gardens. For those who wish, remembrances may be made to The Canadian Cancer Society or a charity of donor’s choice.