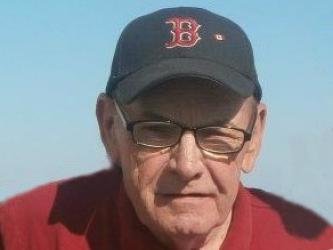 Get Directions
Tuesday
15
May

The passing of John Robert McNulty "Beach Ball/Beacher" of Saint John occurred on Friday, May 11, 2018 at the Saint John Regional Hospital, with his children by his side. Born March 19, 1943 in St. John’s, NL, he was a son of the late Gordon and Helen (Conway) McNulty. John was a long-time adherent of the Cathedral Of The Immaculate Conception. He was known to be a die-hard Boston Red Sox fan. Throughout the years, he drove taxi for many local companies, and he also tended bar for several establishments, both of which allowed him to make lasting friendships in the Greater Saint John area. John is survived by his children, Darlene Prosser (Mark) of Hamilton, ON and Sean McNulty (Crista) of Saint John; grandchildren: Corey Prosser (Alichia), Mark Anthony Prosser, Kailyn McNulty, and Sadie McNulty; great-granddaughter, Savanna Reid-Prosser; a special uncle, Dougie (Cora); aunt, Joanie; and other members of his extended family. Besides his parents, he was predeceased by his brother, Gordon Jr. The family would like to give thanks to the nurses and staff of 5AN for their exceptional care of John, as well as to Father Doug McNeill for his spiritual guidance and friendship to the family throughout the years. Resting at Brenan’s Funeral Home, 111 Paradise Row, Saint John (634-7424), with visiting on Tuesday, May 15, 2018 from 4 to 8 pm. A Mass of Christian Burial will be celebrated on Wednesday, May 16, 2018 at 12:10 pm from the Cathedral Of The Immaculate Conception. Interment will take place in St. Joseph’s Cemetery. For those who wish, remembrances to the Cathedral General Maintenance Fund would be appreciated by the family.