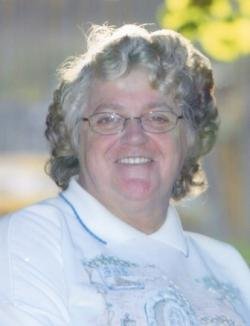 Obituary of Gloria M. A. Davis

It is with great sadness the family announces the passing of Gloria Marilyn Ann (Fournier) Davis wife of the late Gerald Davis, of Saint John, NB, which occurred on Monday, May 21, 2018 at the Saint John Regional Hospital. Born in Saint John she was a daughter of the late Lawrence and Hazel (Freeze) Fournier. She was a member of the Cathedral of the Immaculate Conception and the Saint John Boys and Girls Club and also enjoyed gardening. She is survived by two sons: Kenneth Davis (Mary) and Randy Davis (Carolyn) both of Saint John; two brothers: Doug Fournier (Beverly) and Danny Fournier both of Saint John; three sisters: Pauline O’Rourke (Karl), Alice Vicars (David) both of Saint John and Olive Oram (Ron) of Wirral; seven grandchildren: Benjamin, Sophia, Christopher, Joseph, Joshua (Nicole), Kayla (Tyler) and Kyle; two great grandchildren: Griffin and Issac; several nieces and nephews. Besides her husband and parents she was predeceased by three brothers: Charles, Johnny and Bruce; and three sisters: Verna, Roberta and Helen. Resting at Brenans Funeral Home, 111 Paradise Row, Saint John, NB (634-7424), with visitation on Wednesday, May 23, 2018 from 2-4 & 6-8 PM. A Mass of Christian Burial will be celebrated at the Cathedral of the Immaculate Conception on Thursday, May 24, 2018 at 12:10 pm. Interment will follow at St. Joseph’s Cemetery. For those who wish remembrances to the Cathedral Restoration Fund or a charity of the donor’s choice would be appreciated by the family. Online remembrances and Condolences may be placed at www.BrenansFH.com

Share Your Memory of
Gloria
Upload Your Memory View All Memories
Be the first to upload a memory!