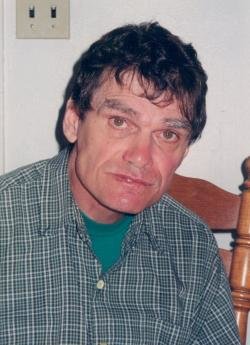 The death of Paul Perkins, a life-long resident of Saint John, occurred on Wednesday, May 30, 2018 at the Saint John Regional Hospital. Born September 9, 1950, he was a son of the late June (Arthurs) and Garnet Perkins. Paul is survived by his sisters, Andrea Hebert (Gerard) and Carolyn Landry (Peter); several nieces and nephews; two great-nieces; and one great-nephew. The family would like to thank the amazing staff at Independence Plus who were Paul’s extended family for many years. A very special thanks to Denise, Rose and Gloria. Arrangements are under the care of Brenan’s Funeral Home, 111 Paradise Row, Saint John (634-7424). A private family graveside service will take place in Fernhill Cemetery at a later date. For those who wish, in lieu of flowers, remembrances to Independence Plus or a charity of the donor’s choice would be appreciated by the family. www.brenansfh.com

Share Your Memory of
Garnet
Upload Your Memory View All Memories
Be the first to upload a memory!